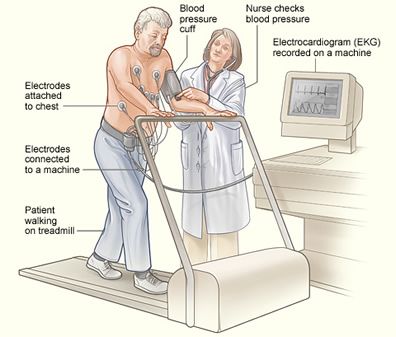 Treadmill testing (TMT) or cardiac stress testing is a non-invasive test done to find the stress on the heart. It involves recording the 12-lead ECG before, during, and after exercise on a treadmill for diagnosis of subclinical or latent ischaemia (decrease in blood supply to organs). 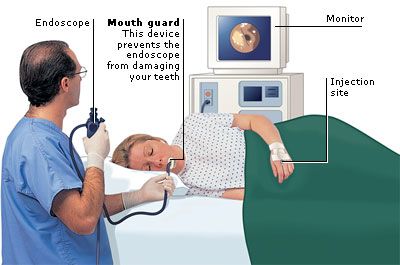 Endoscopy is a nonsurgical procedure used to examine a person's digestive tract. Using an endoscope, a flexible tube with a light and camera attached to it, your doctor can view pictures of your digestive tract on a color TV monitor. 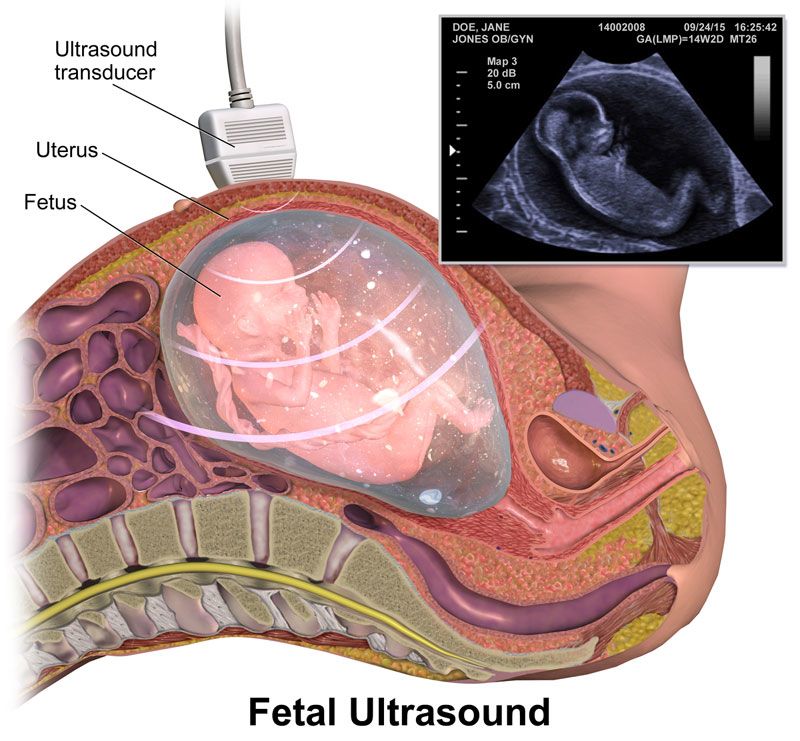 An ultrasound scan, also referred to as a sonogram, diagnostic sonography, and ultrasonography, is a device that uses high frequency sound waves to create an image of some part of the inside of the body, such as the stomach, liver, heart, tendons, muscles, joints and blood vessels 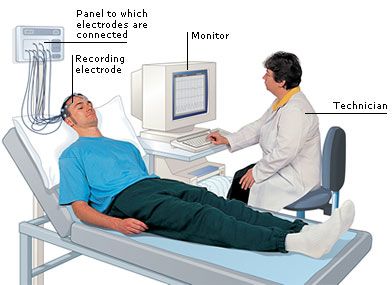 An electroencephalogram (EEG) is a recording of brain activity. During the test, small sensors are attached to the scalp to pick up the electrical signals produced when brain cells send messages to each other. These signals are recorded by a machine and are looked at by a doctor later to see if they're unusual.

An electroencephalogram (EEG) is a test used to detect abnormalities related to electrical activity of the brain. This procedure tracks and records brain wave patterns. Small metal discs with thin wires (electrodes) are placed on the scalp, and then send signals to a computer to record the results. 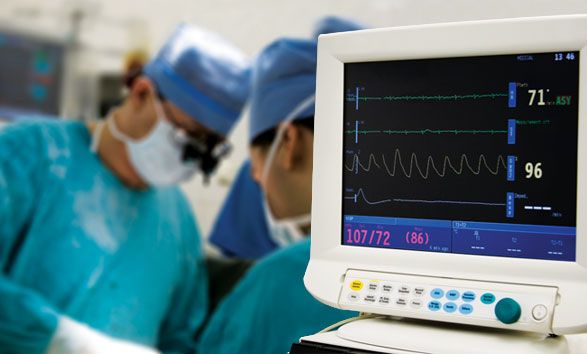 In cardiac monitor generally monitoring of heart activity, generally by electrocardiography, with assessment of the patient's condition relative to their cardiac rhythm. It is different from hemodynamic monitoring, which monitors the pressure and flow of blood within the cardiovascular system. The two may be performed simultaneously on critical heart patients. A small monitor worn by an ambulatory patient (one well enough to walk around) is known as a Holter monitor. Transmitting data from a monitor to a distant monitoring station is known as telemetry or biotelemetry. 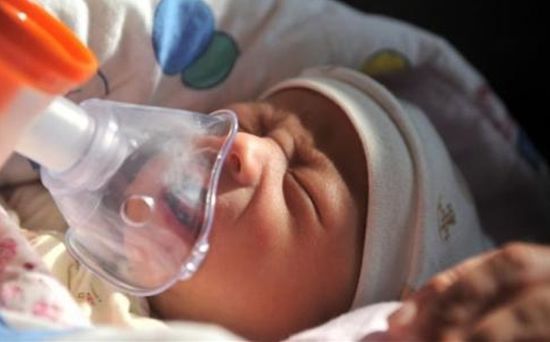 In medicine, a nebuliser or nebulizer is a drug delivery device used to administer medication in the form of a mist inhaled into the lungs. Nebulizers are commonly used for the treatment of cystic fibrosis, asthma, COPD and other respiratory diseases or disorders. 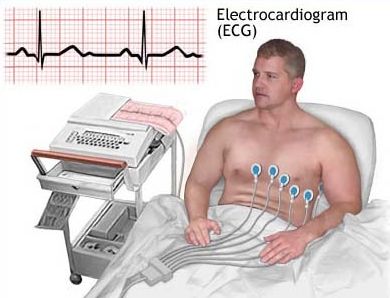 Automated ECG interpretation is the use of artificial intelligence and pattern recognition software and knowledge bases to carry out automatically the interpretation, test reporting, and computer-aided diagnosis of electrocardiogram tracings obtained usually from a patient. 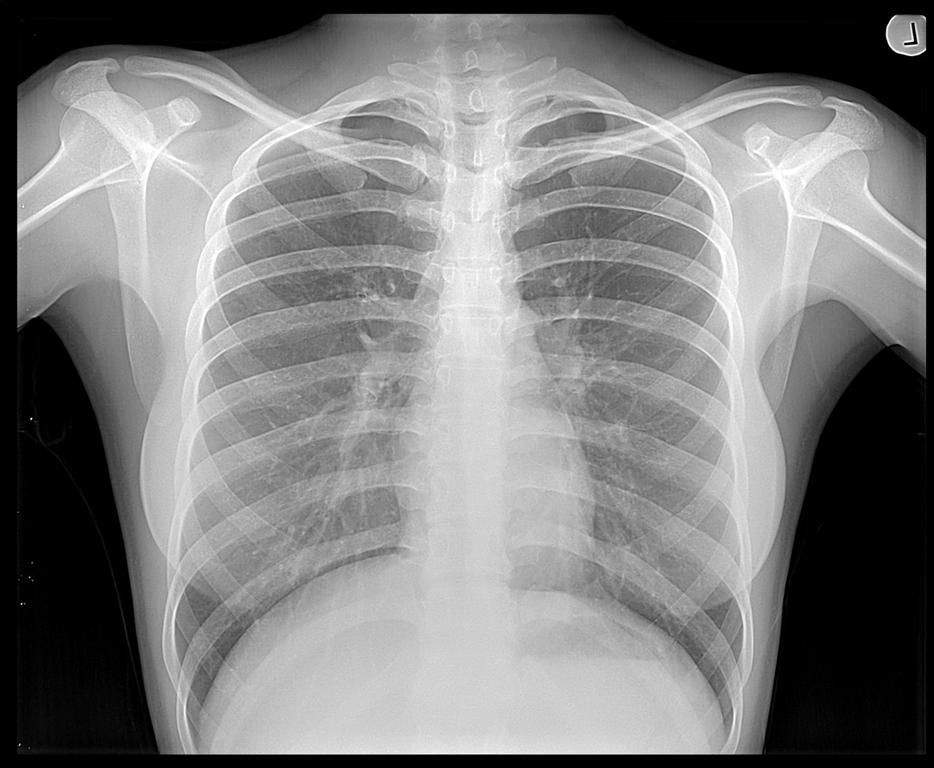 X rays are a form of electromagnetic radiation, as is visible light, but with some different characteristics. The important difference is that X rays can penetrate or pass through the human body and produce shadow-like images of structures such as bones, some of the organs, and signs of disease and injury.

There are many, many reasons why a doctor, dentist or physiscian might request an x-ray. Almost too many to list here. But by far the most common is to be able to look inside a person's body in a painless manner to see the condition of the patient's bones.

Bone X-rays are the fastest and easiest way to view and assess broken bones, joint abnormalities, arthritis and spine injuries.

Bone X-rays are the fastest and easiest way to view and assess broken bones, joint abnormalities, arthritis and spine injuries 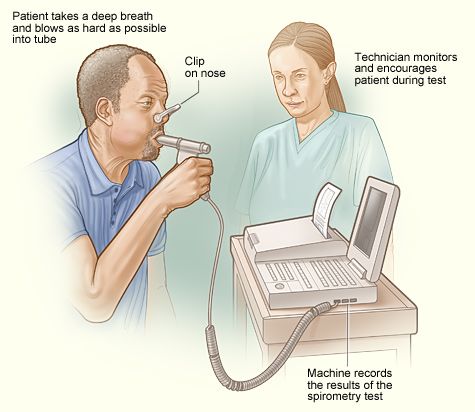 Spirometry (spy-ROM-uh-tree) is a common office test used to assess how well your lungs work by measuring how much air you inhale, how much you exhale and how quickly you exhale.

Spirometry is used to diagnose asthma, chronic obstructive pulmonary disease (COPD) and other conditions that affect breathing. Spirometry may also be used periodically to check whether a treatment for a chronic lung condition is helping you breathe better.

Your doctor may suggest a spirometry test if he or she suspects your signs or symptoms may be caused by a chronic lung condition such as:

If you've already been diagnosed with a chronic lung disorder, spirometry may be used periodically to check how well your medications are working and whether your breathing problems are under control. 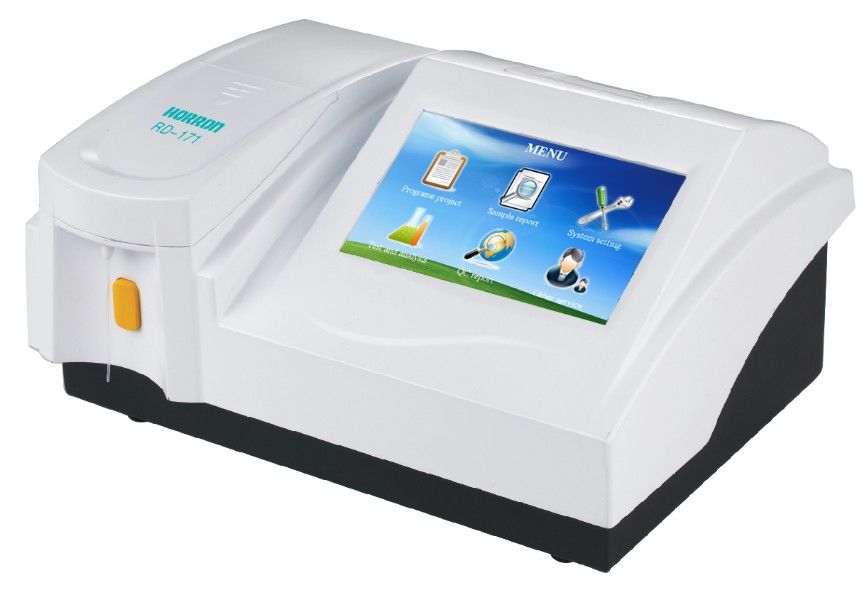 An automated analyser is a medical laboratory instrument designed to measure different chemicals and other characteristics in a number of biological samples quickly, with minimal human assistance.

These measured properties of blood and other fluids may be useful in the diagnosis of disease.

Many methods of introducing samples into the analyser have been invented. This can involve placing test tubes of sample into racks, which can be moved along a track, or inserting tubes into circular carousels that rotate to make the sample available. Some analysers require samples to be transferred to sample cups. However, the effort to protect the health and safety of laboratory staff has prompted many manufacturers to develop analysers that feature closed tube sampling, preventing workers from direct exposure to samples.

The automation of laboratory testing does not remove the need for human expertise (results must still be evaluated by medical technologists and other qualified clinical laboratory professionals), but it does ease concerns about error reduction, staffing concerns, and safety. 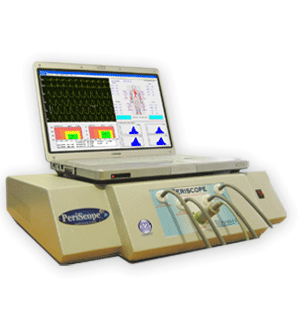 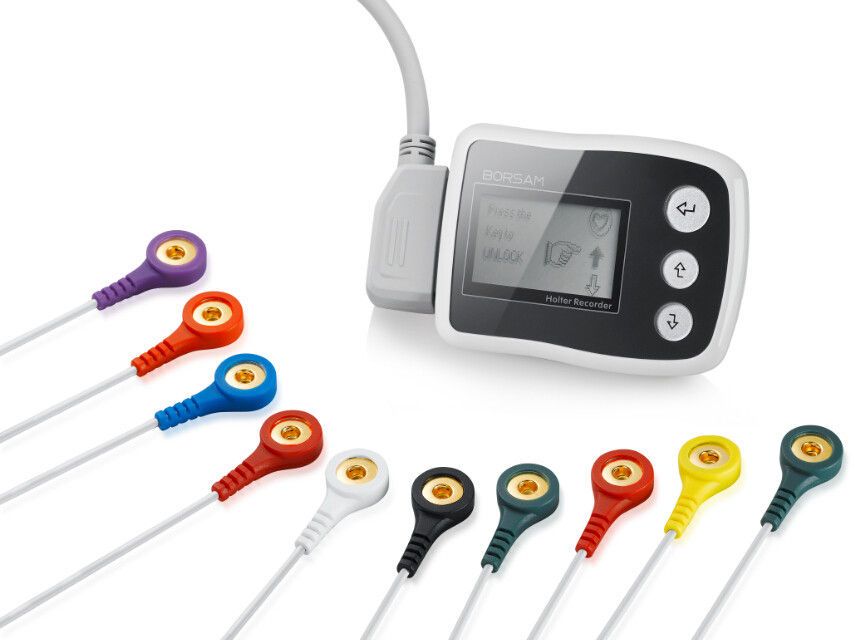 A Holter monitor is a battery-operated portable device that measures and records your heart’s activity (ECG) continuously for 24 to 48 hours or longer depending on the type of monitoring used. The device is the size of a small camera. It has wires with silver dollar-sized electrodes that attach to your skin. The Holter monitor and other devices that record your ECG as you go about your daily activities are called ambulatory electrocardiograms.
When used to study the heart, much like standard electrocardiography, the Holter monitor records electrical signals from the heart via a series of electrodes attached to the chest. Electrodes are placed over bones to minimize artifacts from muscular activity. The number and position of electrodes varies by model, but most Holter monitors employ between three and eight. These electrodes are connected to a small piece of equipment that is attached to the patient's belt or hung around the neck, keeping a log of the heart's electrical activity throughout the recording period. 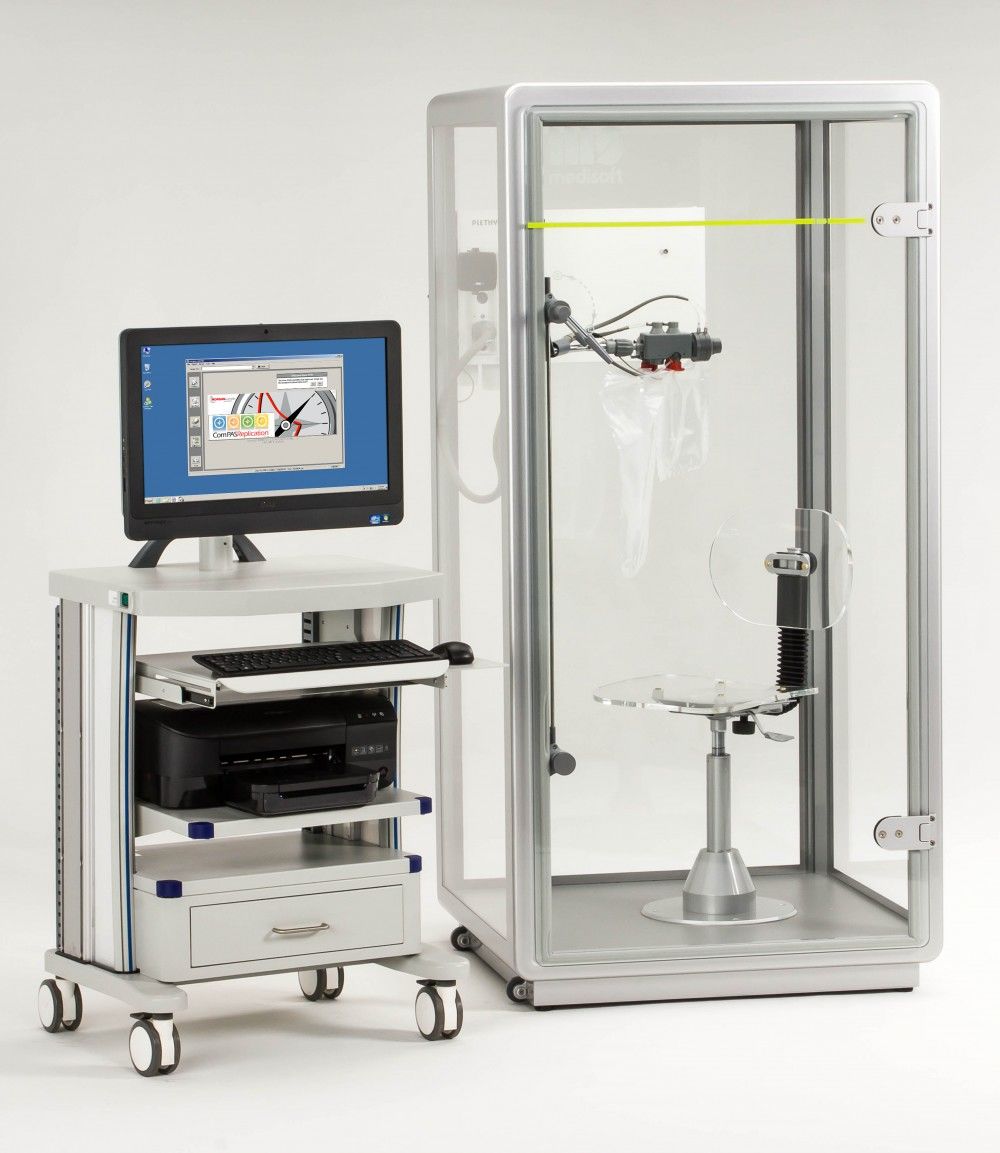 Pulmonary function tests are a broad range of tests that measure how well the lungs take in and exhale air and how efficiently they transfer oxygen into the blood.
Spirometry measures how well the lungs exhale. The information gathered during this test is useful in diagnosing certain types of lung disorders, but is most useful when assessing for obstructive lung diseases (especially asthma and chronic obstructive pulmonary disease, COPD).
Lung volume measurement detects restrictive lung diseases. In this set of diseases, a person cannot inhale a normal volume of air. Restrictive lung diseases may be caused by inflammation or scarring of the lung tissue (interstitial lung disease) or by abnormalities of the muscles or skeleton of the chest wall.
Testing the diffusion capacity (also called the DLCO) permits an estimate of how efficiently the lungs transfer oxygen from the air into the bloodstream. 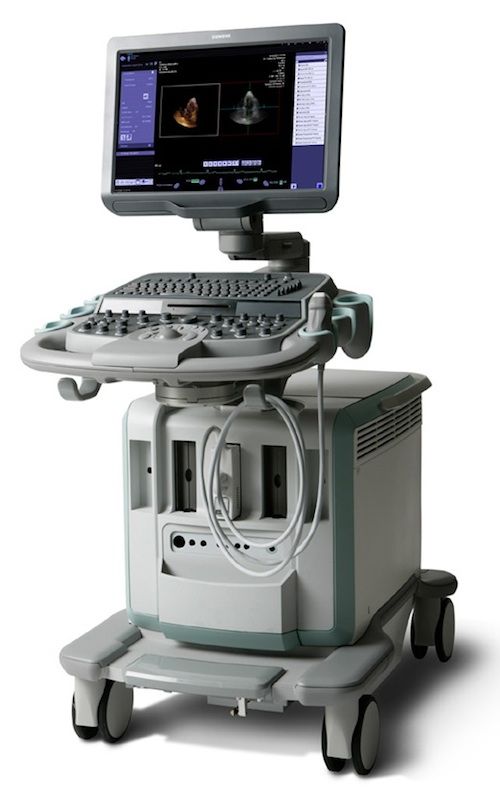 Two-Dimensional Echocardiography can provide excellent images of the heart, paracardiac structures, and the great vessels. During a standard echo, the sound waves are directed to the heart from a small hand-held device called a transducer, which sends and receives signals. Heart walls and valves reflect part of the sound waves back to the transducer to produce pictures of the heart. These images appear in black and white and in color on a TV screen. They're selectively recorded on videotape and special paper, and reviewed and interpreted by a cardiologist (heart specialist). From the pictures it is possible to measure the size of each part of your heart, to study motion and appearance of the valves and the function of the heart muscle.
Our physician will use the measurements to determine how your heart is working and whether or not any abnormalities are present. A Doppler echo is often done at the same time in order to determine how the blood flows in your heart. The swishing sounds you hear during the test indicate blood flowing through the valves and chambers.

If you've been diagnosed with sleep apnea, than we probably prescribed you with one of several types of PAP therapy for your sleeping disorder to help treat your symptoms.
BiPAP and CPAP machines are very similar in function and design in that they are a non-invasive form of therapy for those suffering from sleep apnea. Like CPAP treatments, BPAP treatments are designed to keep the airway from collapsing and allow users to breathe easily and regularly during sleep.
Don't forget that the main difference between these two machines depend on your needs. Each individual responds differently to each treatment method, so type of treatment based on your test and treatment results. Appropriate testing is essential to determine what treatment method would suit your needs better and what settings are appropriate for you. 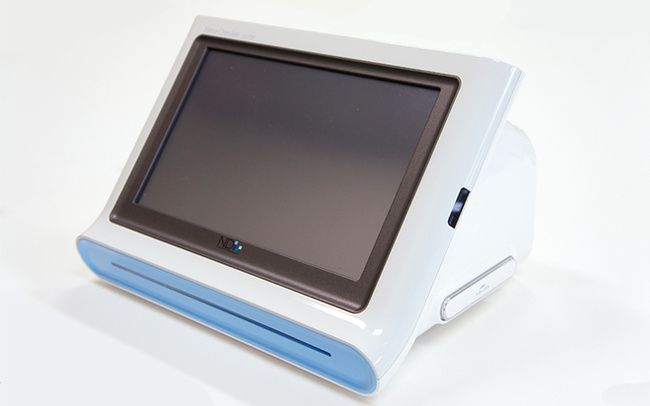 Nano-checker analyzes the optical densities of the test line on tested Nano-CheckTM devices and converts them to a concentration value.
In the blood, the nicotine level can rise within a few seconds of a puff on a cigarette. How much it rises depends on the amount of nicotine in the cigarette and the manner in which a person smokes, such as how deeply he or she inhales. The rate at which nicotine is metabolized and cotinine is cleared from the body also varies from person to person due to some genetic differences.
When someone stops using tobacco and nicotine products, it can take more than two weeks for the blood level of cotinine to drop to the level that a non-tobacco user would have and several weeks more for the urine level to decrease to a very low concentration.
Urine drug testing is an immunoassay based on the principle of competitive binding. Drugs which may be present in the urine specimen compete against their respective drug conjugate for binding sites on their specific antibody. During testing, a urine specimen migrates upward by capillary action. A drug, if present in the urine specimen below its cut-off concentration, will not saturate the binding sites of its specific antibody. The antibody will then react with the drug-protein conjugate

The purpose of this study is to determine the size of your heart, to evaluate how well your heart is functioning or pumping and to assess the structure and function of the valves within the heart. A 2-D (or two-dimensional) echocardiogram is capable of displaying a cross-sectional “slice” of the beating heart, including the chambers, valves and the major blood vessels that exit from the left and right ventricle. A Doppler echocardiogram measures the speed and direction of the blood flow within the heart. It screens the four valves for leaks and other abnormalities. By assigning color to the direction of blood flow, (Color Flow Mapping), large areas of blood flow may be studied. These color flow mappings allow abnormal blood flow characteristics to be interpreted by the cardiologist.

Fatty liver, or steatosis, describes the buildup of fat in the liver. Fatty liver is a reversible condition that can be resolved with changed behaviors. It often has no symptoms and typically does not cause permanent damage. The liver’s function is to process everything we eat or drink and filter any ...